Looking to bring balance to your team?

Acclaimed chef Robbie Wilson joins your team live to discuss how the best restaurants give patrons the delicate balance of comfort and adventure that leaves them feeling good.

When chef Robbie creates a dish, creativity must be balanced by logic. He strives to conceive “crave-able” food that incorporates the highest-level technique, and simultaneously, is inspiring for his team.

Bring your team together while learning how you can reach better balance at work and in the kitchen.

Robbie Wilson has spent his professional career cultivating his culinary voice after he was under the tutelage of Michel Troisgros in Roanne, France; Tom Colicchio in New York City; Thomas Keller in Napa Valley; and Nobu Matsuhisa in Aspen, Colorado.

In 2010, Robbie was the creative, culinary force behind Nashville’s most evangelical restaurant group.

In 2015, Robbie opened BIRD DOG in Palo Alto, California, an acclaimed restaurant that received the coveted 50BestDiscovery nod, and for which Zagat named Wilson one of the “10 Super Heroes of the S.F./Bay Area Dining Scene.”

Presently, Robbie and his wife and business partner, Emily, are preparing to open Le Fantastique in San Francisco. 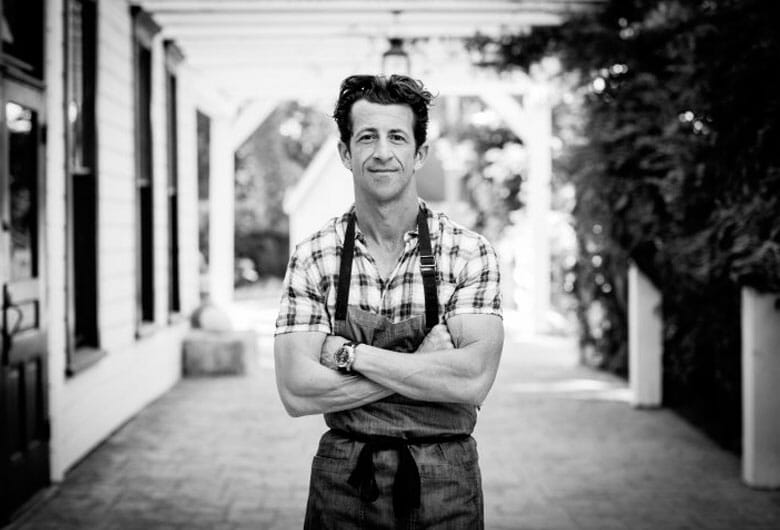 A creative kit that includes:

“…this was more than ‘great food’; team had fascinating conversation with legit celeb chef…”

Director Engineering with team of 8

CEO of $1B company with 12 direct reports