How could revisiting pre-Prohibition cocktails deepen your team’s understanding of the drink?

Tom Bullock was the first African-American author to publish a cocktail manual, The Ideal Bartender. His book is notable as one of the last cocktail manuals published before Prohibition — and offers a rare view onto pre-Prohibition cocktail recipes and drinking culture in America.

Bullock drew the attention of George Herbert Walker, grandfather and great grandfather to two U.S. Presidents. Bullock drew further attention when he was involved in a libel case when ex-President Theodore Roosevelt sued for alleged libel regarding his drinking habits, and asserted he had only had a few sips of a mint julep cocktail made by Bullock. The St. Louis Post-Dispatch disputed Roosevelt’s claim, asserting that no one could fail to finish one of Bullock‘s cocktails.

And ever wonder where there Old Fashioned came from? Mr. Bullock, as well.

Taste two of Mr. Bullock’s most famous drinks while learning the impact a single bartender had on the art of cocktail making.

Sailor Guevara is a veteran of the spirits and hospitality industry, whiskey educator, and published mixologist.Sailor is the 2020 winner of the World of Whiskey Icon award – bestowed on the individual who most capably advances understanding and appreciation for the craft of whiskey making. She is an author and contributor to American Whiskey Magazine and an acclaimed podcast host. 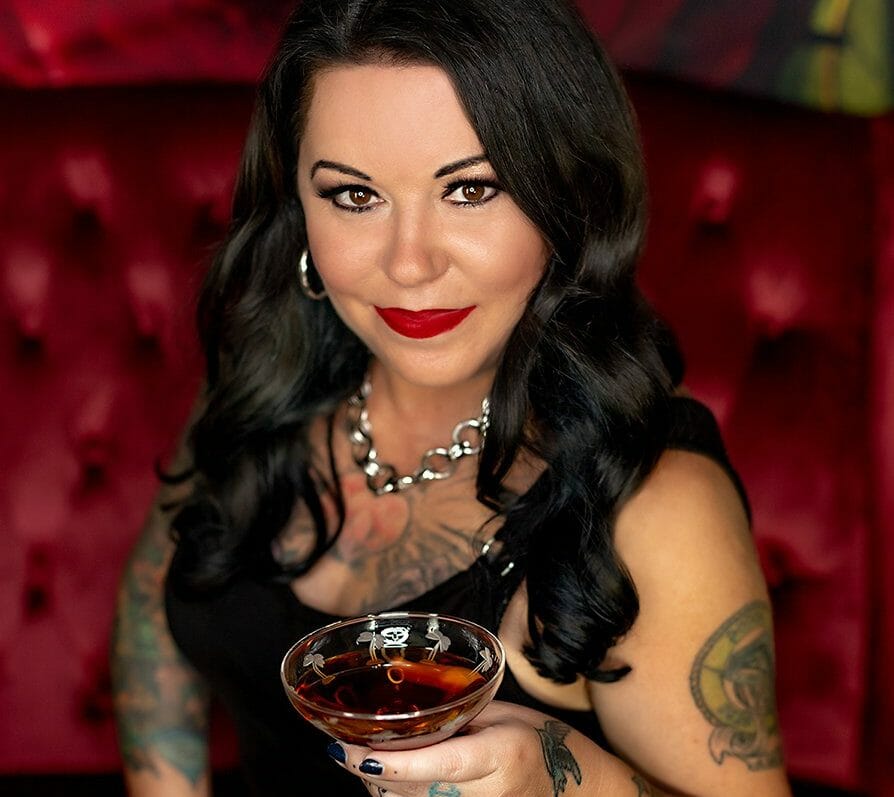 A cocktail kit for this experience that includes:

– A cocktail tool kit including a shaker, jigger, and spoon

Solutions for key challenges are packaged
into 45-minute experiences

‘Discover Whiskey’ Through the Untold Story of Nearest Green

Do Something You’ve Never Done with Artist IN-Q

What do you want to do?